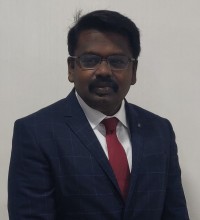 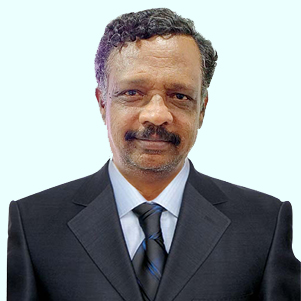 Dr Magnus Jayaraj Mansard is an accomplished Surgical Gastroenterologist with more than a decade of surgical practice in various centers of India. He has an alumnus of the prestigious central institute, JIPMER, where he did his under-graduation (MBBS) and post-graduation (MS). He has undergone training in treating diseases of the gastrointestinal system from the best centers in India including SGPGI Lucknow, Asian Institute of Gastroenterology (AIG), Hyderabad and Indraprastha Apollo Hospital (CLBS), New Delhi.

He has further sub specialized in surgical treatment of liver, pancreas and biliary diseases (HPB-Hepato-pancreatico-biliary) and in liver transplantation. He is highly skilled in performing advanced key-hole surgeries (laparoscopy or minimally invasive) for both cancers of gastrointestinal system and for benign diseases, thus enabling a less painful hospital course and a quicker return to normal life.

He has been the founding member of liver transplant and surgical gastroenterology units in many hospitals in tier-2 cities. He enjoys mentoring juniors in his field of specialization. He is fluent in Telugu and Hindi apart from English and Tamil. He has presented scientific papers in various national and international forums on gastrointestinal, liver, pancreatic and biliary diseases. He has authored numerous scientific articles published in international and national journals and various textbook chapters. He takes keen interest in clinical research for which he has undergone training at Harvard Medical School (HMS), USA. He is a Member of the Royal College of Surgeons, UK and is a Fellow of the American College of Surgeons.