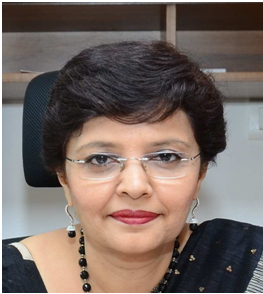 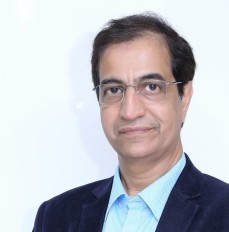 Dr Pankaj Agarwal is one amongst very few Internationally Fellowship-Trained Movement Disorders Specialists in India, and is truly passionate about helping to improve the lives of people with diseases of Movement such as Parkinson’s Disease, Tremor and Dystonia.

He holds vast experience and expertise in the medical, surgical and postoperative management of patients who undergo Deep Brain Stimulation (DBS) surgery, to improve the Quality of Life of patients with Parkinson’s Disease, Tremor and Dystonia, and heads the highly successful and acclaimed DBS program at Global Hospital Mumbai, where he established the Movement Disorders Clinic and DBS (Deep Brain Stimulation) Program and Set up Protocols for DBS Patient Selection, Intra-operative MER (microelectrode recording) and Post-operative device programming.

He is recognized as one of the finest exponents of Botulinum toxin injection or ‘Botox’ as it is more commonly known - a technique for Focal Dystonia in India. With close to 20 years of experience in BTX injection, including EMG-guided techniques he is a much sought-after trainer and mentor to several budding neurologists and new injectors learning the art of injection and has conducted several national and international workshops and conferences teaching techniques of BTX injection throughout India.

His Clinical and Research interests include Genetic aspects and pathophysiology of Parkinson’s disease and movement disorders, Biomarkers in Parkinson disease, Functional neuroimaging in Parkinson’s disease, Clinical and phenomenological aspects of movement disorders, and botulinum toxin injection for dystonia and DBS therapy for Movement Disorders. His work has been published in several national and international journals, including Lancet Neurology, the Highest ranked journal in Clinical Neurology in the World, with an Impact Factor of 26+ in 2017.

He is a member of the IPMDS -International Parkinson Disease and Movement Disorders Society, Indian Academy of Neurology and a Reviewer for Annals of Indian Academy of Neurology and Movement Disorders journals . Dr Agarwal is well known nationally for his astute clinical skills, vast knowledge of and experience in movement disorders, speaking and teaching skills, dedication to teaching students at the prestigious Dept of Neurology, KEM Hospital & Seth GS Medical College Mumbai, where he is Honorary Teaching Faculty, movement disorders research, and ongoing contribution to developing the subspecialty of movement disorders in Indian Neurology.